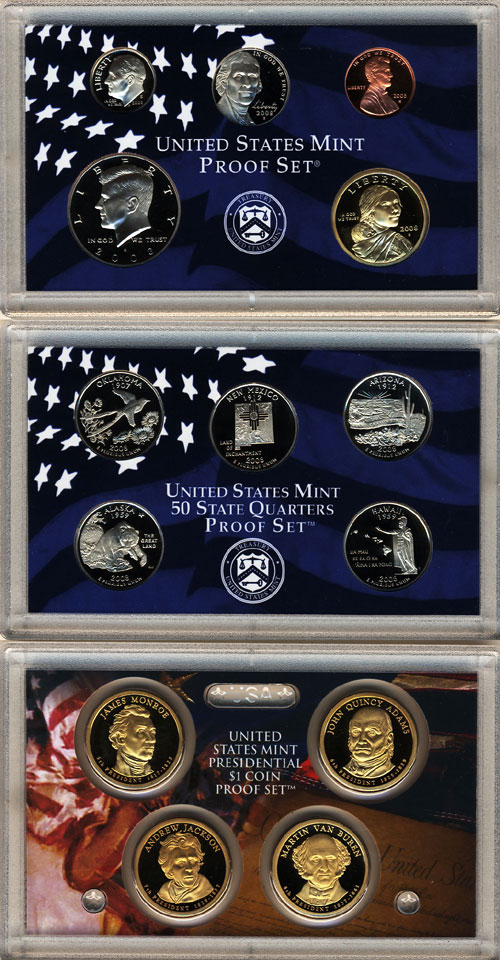 The 2008 Proof Set (Buy on eBay) once again contained a total of fourteen coins. The large number of coins was the result of the States Quarters Program and the newly introduced Presidential Dollars Program, which each included multiple designs issued per year. The trend towards greater numbers of coins issued per year would peak in the following year.

The price for the most popular annual proof set remained unchanged from the prior year, and total sales reached approximately the same level. On the secondary market the 2008 Proof Set sells for a premium. This is due to the fact that the sets unexpectedly sold out at the US Mint in early December, which seems to have had an impact on distribution and availability.

The packaging for the 2008 Proof Set was consolidated from the prior year. The set still consisted of three plastic lenses, one with the State Quarters, one with the Presidential Dollars, and one with the remaining coins. These lenses were now placed together with a certificate of authenticity into a single cardboard box featuring the familiar Statue of Liberty and US Mint logo on a blue color scheme.