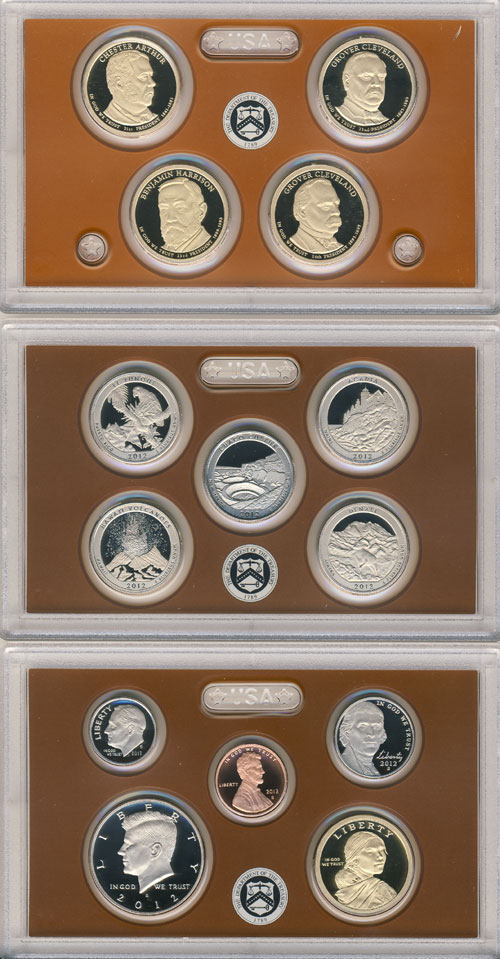 After several years of declining sales, the 2012 Proof Set (Buy on eBay) marked an extreme mintage low for the product type which finally caught the attention of some collectors. The last reported sales of 794,002 sets represented a decline of nearly 30% from the prior year and the lowest figure in more than five decades.

Sales of the 2012 Proof Set began on May 7, 2012, which was a few months later than the previous year. The sets were priced at $31.95 each with no stated product limit and no household ordering limits. Somewhat surprisingly, the sets sold out at the US Mint on January 3, 2013. In recent years, the annual sets had remained available from the Mint for extended periods of time, approaching two years.

The early sell out and low reported sales figure resulted in an immediate secondary market price boost for the sets. Whether this set continues to command a premium in the future will likely rest upon whether sales figures for future years rise or fall from the low level established in 2012.

Packaging remained similar to the prior year, with the coins included in three separate lenses and placed with a certificate of authenticity in an outer cardboard box with blanks and brown design theme.